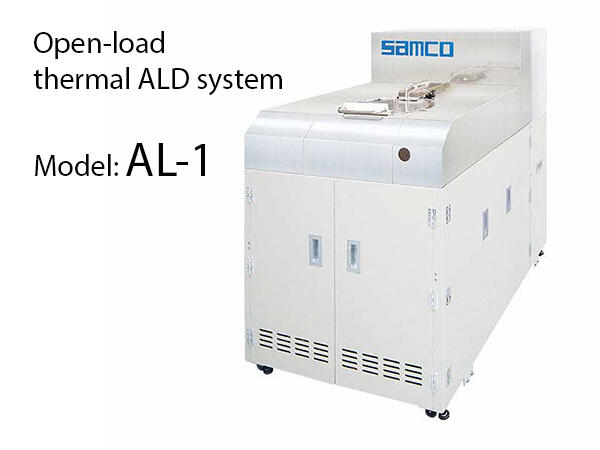 Atomic layer deposition (ALD) is a layer-by-layer thin film deposition method commonly used to produce gate insulators. The principle of ALD is repeated deposition of precursors to form a monolayer using self-limited reactions, and then oxidizing or nitrogenizing the monolayer. Although ALD is limited by a range of temperatures known as a "temperature window", it still has the advantage over CVD, sputtering and other deposition technologies in terms of uniformity, atomic-level film thickness control and step coverage.

Samco released the new ALD system "AL-1" with a focus on gate insulator formation of GaN and SiC power devices, passivation layer deposition, as well as
the MEMS field. This report shows the AL-1's system specifications and several pieces of performance data.